As per the latest government regulations, see our facilities available and extra measures we’re taking so you can enjoy your visit.

Live in Nottingham? We encourage everyone to walk or cycle to the park rather than by car, where possible, as this not only helps the environment, though keeps roads clear for the emergency services & keyworkers. All ways we can keep each other & the park safe.

Museum at Home: Our Fossil Collection through the Ages

At Wollaton Hall we like to bring part of the museum home to you, with information and activities linked to our collection and sites.

Today, the Nottingham Natural History Museum’s rich fossil collection at Wollaton Hall is used as a resource for learning and research.

Our curator Adam curates Natural Sciences at our Natural History Museum, and so he’s shared a timeline and some interesting facts about our fossil collection.

Our fossil collection consists of about 40,000 fossils from a wide variety of animals and plants, mostly picked up or dug out from rocks across the British Isles. The fossils come from a broad range of geological periods, from the relatively recent ‘Ice Age’ to the ancient Palaeozoic Era.

To show you some of these: 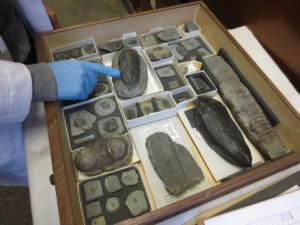 Drawer of fossils in the Nottingham Natural History Museum.

Fossil bones of Pleistocene (‘Ice Age’) mammals include mammoths, hyenas, and even humans, which occupied Britain hundreds of thousands of years ago. Many of these fossils are from animals that lived or died in caves. For instance, we have hundreds of specimens from the Creswell Crags caves on the Nottinghamshire-Derby border, and a collection of about 170 fossil bones from Steetley Wood Cave near Worksop, Nottinghamshire.

One of our largest ‘Ice Age’ specimens is a mammoth tusk, which was dredged up from the North Sea 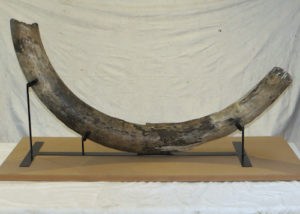 A fossil mammoth tusk (FS12321) dredged up from the North Sea. Photograph by Nigel Larkin.

Amongst our fossils is a collection from the Jurassic Period – 201 to 145 million years ago – when much of Britain was below the ocean. Most of these animals were aquatic so we have several partial skeletons of sea reptiles including ichthyosaurs, plesiosaurs and crocodiles, but we also have a few land-living dinosaur bones. Some of these fossils are locally significant, such as the skeleton of a plesiosaur from Cropwell Bishop, Nottinghamshire, which was collected and donated to the museum in 1884 and may belong to a new species. 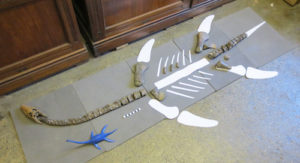 Some of the bedrock of Nottinghamshire consists of mudstone and sandstones that formed during the Permian and Triassic periods around 250 million years ago. During this time ancient reptiles wondered about and left their footprints in the mud. We have several fossil footprints and trackways that were collected locally. A trackway from Mansfield, Nottinghamshire, was the first of its kind discovered in the Permian of the Midlands. Several footprints from Triassic rocks in the Mapperley Park area of

Nottingham were donated to the museum in 1971.

Carboniferous Period & Fossils on our Doorstep

Our collection also contains many ‘coal measures’ fossils, including some from Wollaton Park. These fossils include tree-ferns, horsetails, seed ferns, and clubmosses, which formed huge forests during the Carboniferous Period around 358 to 298 million years ago. A fossil cone in our collection from the Carboniferous of Pleasley, Derbyshire, was the first of its kind to be described. 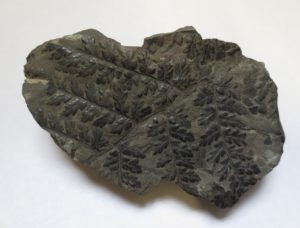 During the Silurian Period, around 443 to 419 million years ago, much of Britain was a tropical reef. Hundreds of fossil shells, corals, and other invertebrates from the Dudley area were amassed by E. J. Hollier and the museum purchased these from him in 1896. One controversial specimen is a trilobite, an extinct kind of aquatic invertebrate, which was described as a new species with eye-stalks. However, apart from the eye-stalks, this trilobite is identical to another common trilobite species, so the stalks may be fake. 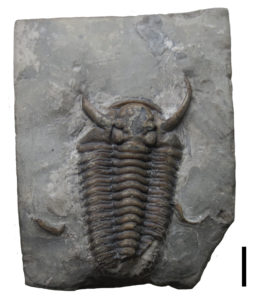 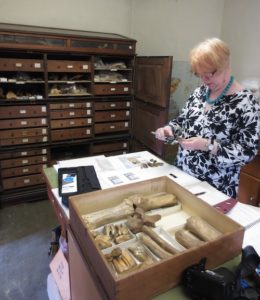